A Digital Transformation for a Brand that Delivers Better Services 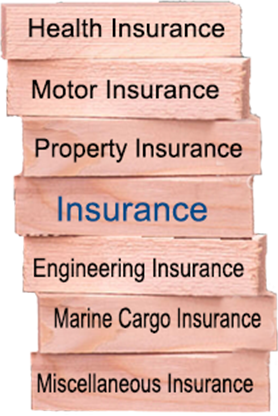 “Amana”, in the Arabic language, means “honesty and keeping covenant”, which represents one of the solid foundations that Amana Cooperative Insurance Company relies on in planning its business strategy.

A wide range of insurance products have been designed in response to the needs and aspirations of its corporate and individual customers, ranging from motor, to property, marine, and engineering to other specialized insurance solutions that are tailored to the specific needs of the client.

Amana has been a constant client of EBOX® since 2013, when we were first approached for the design and development of a site from scratch.

Amana returned a year later, in 2014, when an inline frame was to be added on the current website, to allow users authorized access into the system. What does that say about the service at EBOX®? 😉

The rapid changes in technology over the next four years meant that a new website was needed. Once again, in 2018, EBOX® proudly announced the launch of a new website of Amana.

Our very first meeting with the client was held in our office where the background and objectives of the client were explained. A brochure was provided to give an idea of the client’s corporate identity and color scheme. The requirements of the site were captured through a questionnaire. A Requirements Specification Document was shared.

A Glimpse Of The New Site! 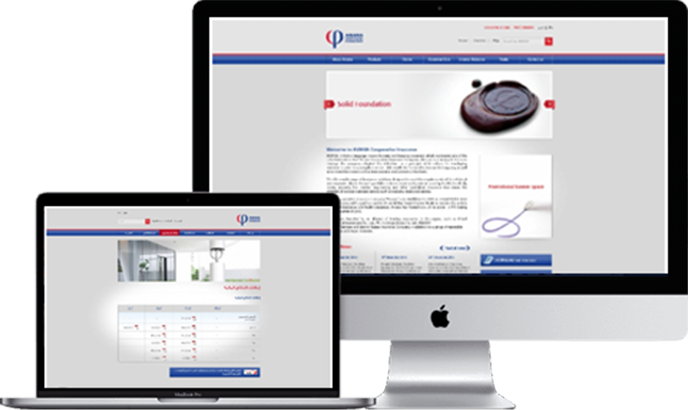 The website was built on DNN with HTML, DHTML and SQL, with an ASP.NET Component and admin control panel. The Google Analytics tool was integrated into the website to monitor and analyze traffic coming into the site. Graphs generated by this tool, showing statistics of the newly launched site, were saved.

A thorough QA Test was conducted on the site in general and the front/back-end, which included testing on different browsers, operating systems, mobile operating systems and screen resolutions, as well as resolving any issues with the links, navigation, layout, page performance and form validations.

Read more
Links were also tested by the client itself.

EBOX® delightedly announced the launch of the new site, hosted on the Windows server of EBOX®.

An hour-long training session was held which covered the editing of menus, hiding of pages, addition of new users and models, news and file uploads, replacement of banner images and the use of Google Analytics.

An Administrator User Manual was written to help with site maintenance and updates.

After the successful launch of the site, an inline frame (or iframe) was added,in both English and Arabic languages, to allow the user to access the system using his/her credentials. Two modules were created for Arabic and English languages respectively, globemedsaudiarabic and globemedsaudi. A documentation was written which gave the login details of File Transfer Protocol (FTP), paths to upload files and instructions to add an iframe. 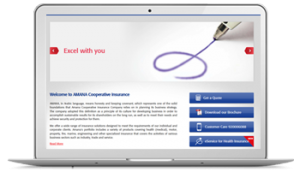 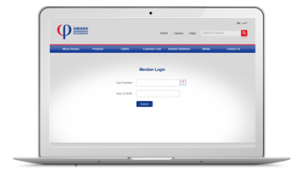 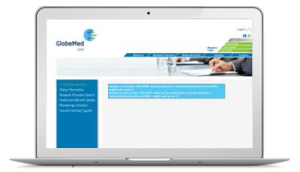 A new responsive website for Amana was successfully launched in September 2018, on our server in Riyadh.The Cyber Security Framework established by Saudi Arabian Monetary Authority (SAMA) was implemented to ensure a high degree of confidentiality and integrity of the data of all its clients. 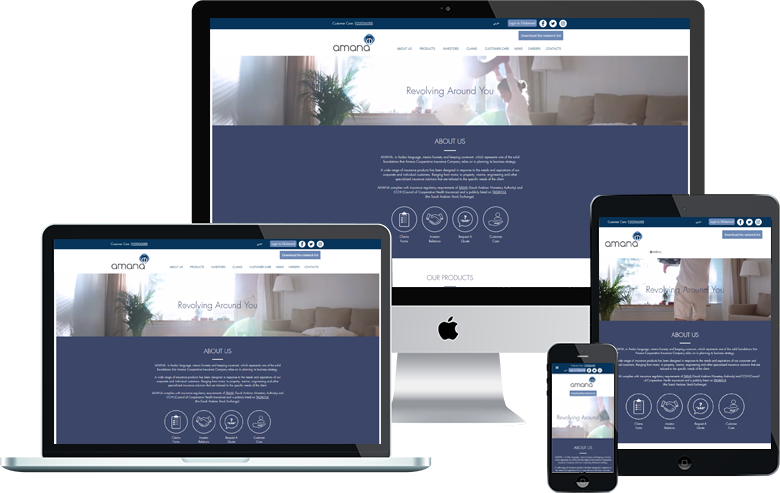 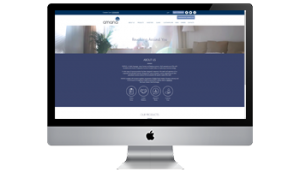 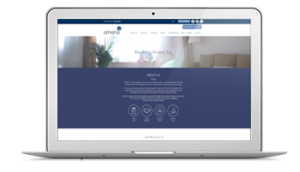 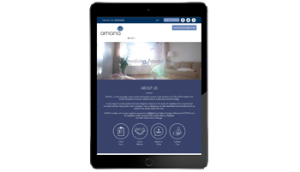 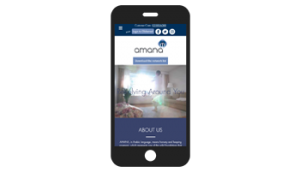 Maintaining the website of a company as large as Amana Cooperative Insurance Company is a tedious and mundane task. Therefore, EBOX® Solutions has readily taken over this responsibility since the launch of the first website of Amana in 2013.

The security and protection of its customers’ data also need to be ensured at all times, so latest security measures, in line with the Framework, are being taken.

A new website was to be designed to go with the corporate identity and business background of the client. Once again, our well-planned UX strategy proved to be effective in defining the look and feel of the site and helping us to determine how close we were to our goal. Both desktop and mobile sites were launched successfully and re-united us with the client for updating and relaunching their website.

WHAT THE CLIENT SAYS

It has been truly refreshing to work with a Digital company like EBOX. They often exceed our expectations by taking initiatives, and being proactive partners to help achieve our objectives. We are provided an excellent support and maintenance for our website. What I like the most about them is their fast responses and prompt actions to our emails and request for updates. We really appreciate their attention and their dedication to Amana website.

Why not pop in for a coffee or give us a call to discuss your project?